New College's Bev Watts, who works in Reprographics, has been encouraging staff to recycle their items for years, in order to raise money for charity and help the environment. Her efforts were featured in the Home section of the Sunday Times on June 13th, in an article about clearing home clutter and recycling.

From the article, "How to Recycle the Unrecyclable" written by Sarah Lonsdale:

"Household waste is becoming such a problem that last month the government launched a further consultation on what to do with it. Recycling rates have stalled, or in some places fallen, in recent years and there is widespread inconsistency in what different councils will collect and recycle. There are more than 40 commonly used items, including medicine blister packs, contact lens packaging and toothbrushes, that local authorities do not collect, but which specialist recycling organisations such as TerraCycle do, making a donation to schools and charities relative to the weight of stuff you provide. That’s where Bev Watts comes in. She wants your old bras. In fact she wants your old glasses, stamps, ink cartridges and all manner of other stuff that most of us either chuck into black bins or, because we feel guilty, store in cupboards often for years, not quite knowing what to do with it.

Bev, a co-ordinator in the Reprographics Department at New College, Swindon, collects an enormous range of items and then sends them off to TerraCycle and other specialist recycling organisations to raise money for Wiltshire Air Ambulance.

“In a year we can collect five boxes of about 200-300 bras,” she says. “If people know you’re collecting through word of mouth, it snowballs pretty quickly,” she says."

Well done to Bev for continuing her good work and for making the pages of a national Sunday newspaper! 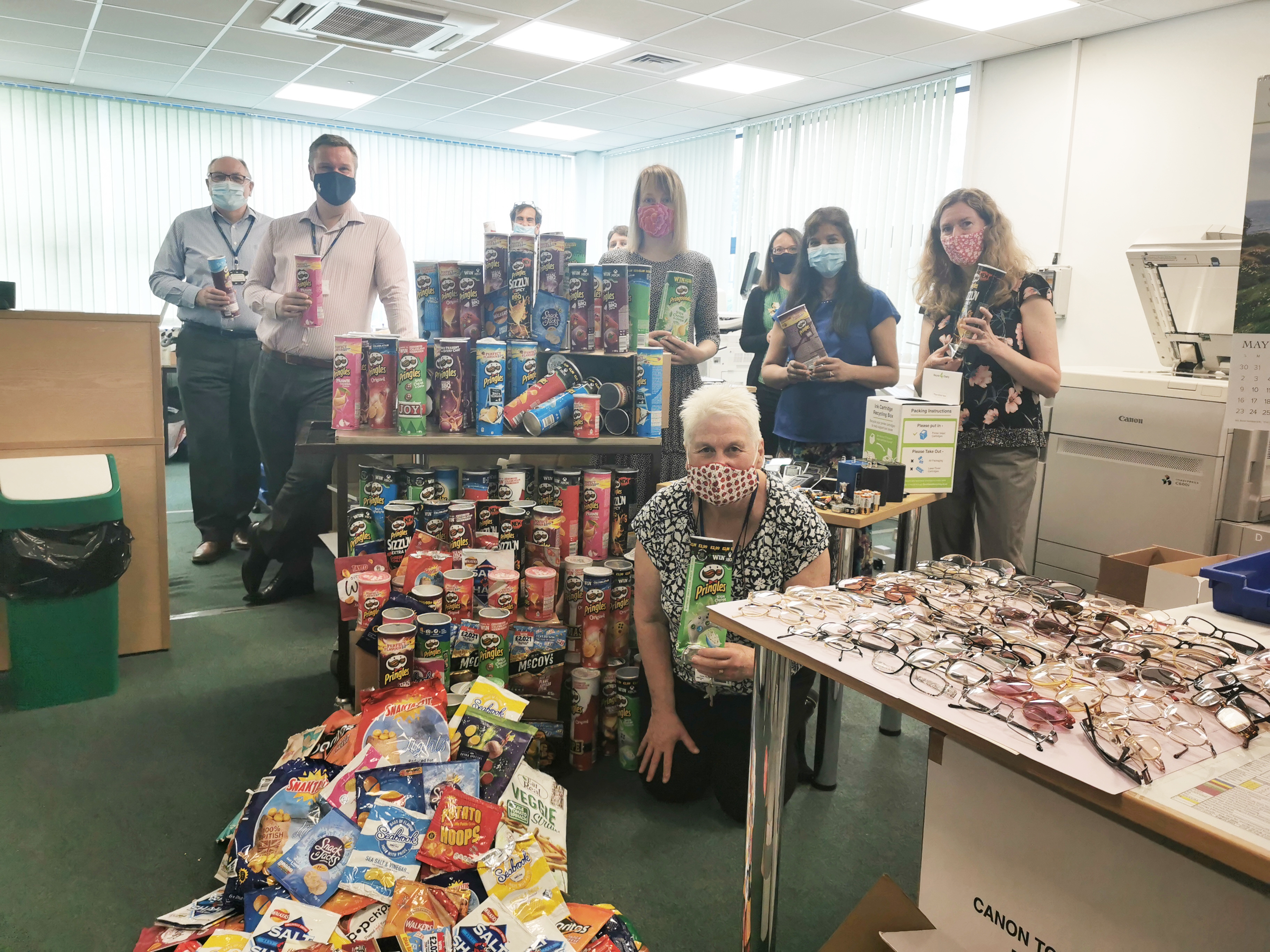