New College student Daaniyal Ali who has been studying Information Technologies (IT) and plans to continue his studies, recently appeared on Channel 4’s show Countdown as a contestant winning his round!

Daaniyal has been an (almost) lifelong fan of Channel 4’s Countdown, having been a fan of the show since the early age of four. Daaniyal, now 17, did not know what to expect when he and his family began the audition process for the show in June, but was ecstatic when he received the news that he had been successful and would be a contestant this August.

In his element, after a year’s observational training, Daaniyal beat his opponents and won. Anyone who has watched Countdown will know this is no small feat; the journey to the coveted Countdown teapot challenges contestants with both literary and mathematical conundrums. The mathematical sums and anagrams were not the only challenge on Countdown; he was also facing new host Anne Robinson. Having taken up the reins from Nick Hewer, the notorious ‘queen of mean’ (or not according to Daaniyal) met her match when Daaniyal, who dubbed Anne as too old to go clubbing, stated that people would not know who she was. Anne responded to this in good spirits, and the game began.

Daaniyal was happy to be sharing the stage with his personal ‘stars of the show’, Suzie Dent and Rachel Riley; (Rachel now follows Daaniyal on Twitter). Ultimately win or lose, Daaniyal had a fantastic experience which he describes as ‘extraordinary.’ It's not every day one gets on TV, wins a round of Countdown, and outshines Anne Robinson. Daaniyal who has been diagnosed with autism and anxiety, shows that hurdles of any kind are only meant to be surpassed, showing amazing resilience in achieving his goals, whilst doing what he loves.

New College would like to congratulate Daaniyal and family for his success on the show and wish him the best of luck with his ongoing studies at New College. 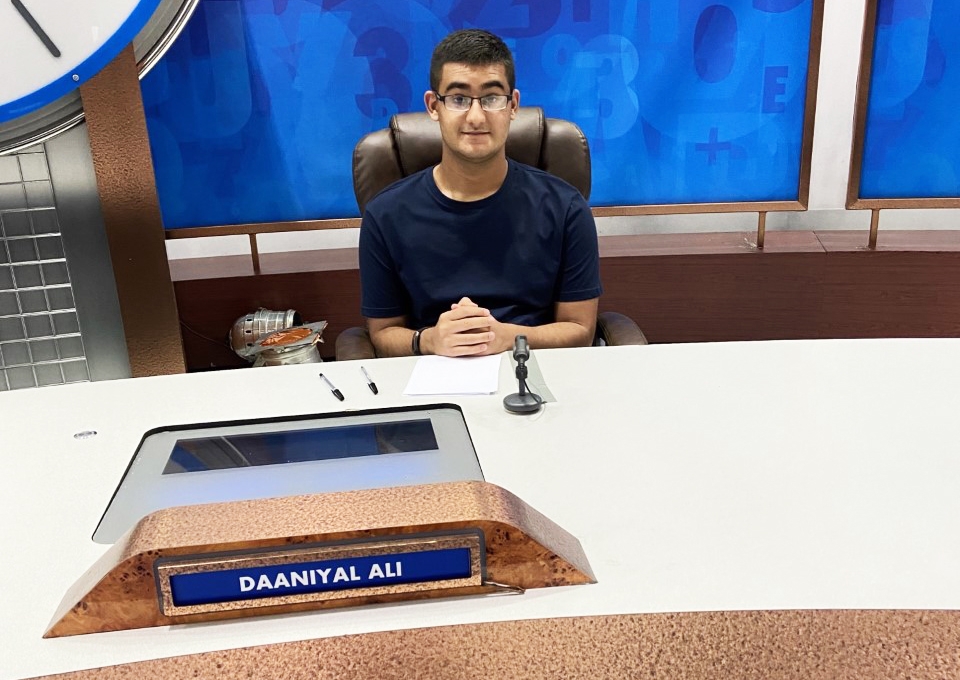