5 inventions that changed the world forever. 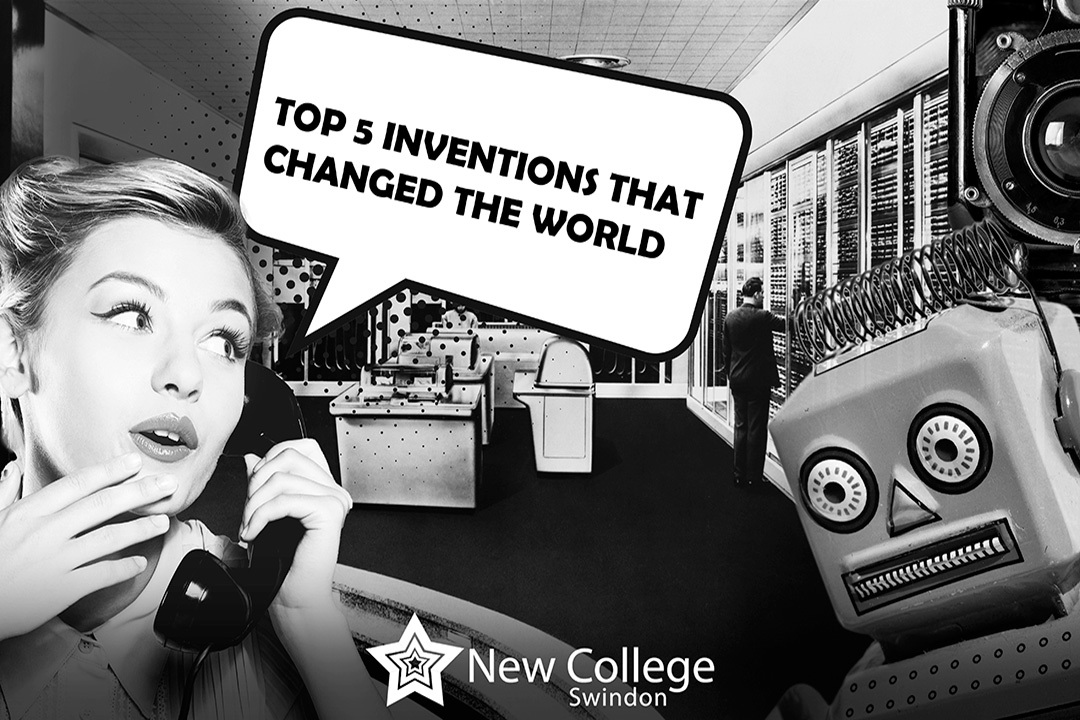 Technology is a process of refinement, forward-thinking and problem-solving. As we come to the end of our IOT's first year of delivery, we look forward to the opening of our state-of-the-art new facilities and embarking on a new chapter in Swindon's rich history of technology and engineering.

We're taking a look back at five of our favourite inventions we use every day! Developed by early innovators from around the globe who revolutionised our world, laying the foundations on which we continue to build.

Where would we be without remote controls? The technology used in remote controls has developed and changed becoming more and more advanced, and now this once incompressible invention has become part of every day life. Almost every household in the UK will have some form of remote control whether for TV, games consoles, lighting, children's' toys, or your smartphone and computers. The remote control started its journey in the late 1800s when renowned inventor and cultural icon Nikola Tesla developed the first remote control. Telsa's invention dubbed 'teleautomaton' used radio waves to control a small model ship - sadly Telsa's teleautomaton didn't take off as well as hoped but the foundations of this fledgling technology had been laid. Leonardo Torres-Quevedo would refine the process in 1906 demonstrating a remote-controlled boat capable of carrying passengers. From here the technology flourished with a multitude of military applications as well as toys for kids. 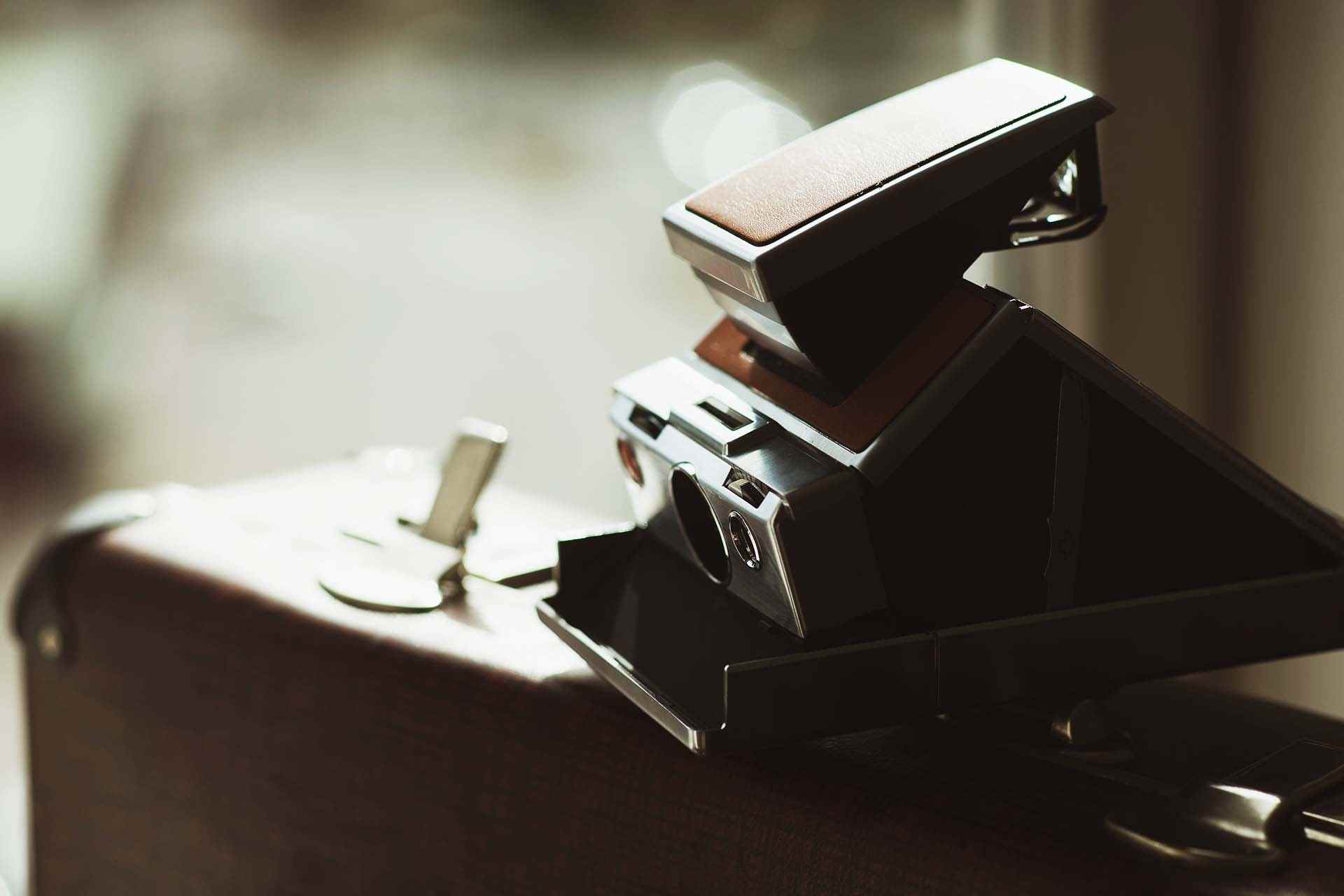 Our Institute of Technology boasts an industry-standard film studio with a range of cameras. And cameras are everywhere, not to alarm you, but you are probably in the direct vicinity of at least one camera now! With cameras integrated into phones, laptops, cars and well... pretty much everything. Not too long ago, the camera was a cumbersome beast that required very specific conditions to create an effective image. Like many inventions of the 20th century, the origins of the camera are disputed. Some argue that cameras have existed since 400bc, in the form of the Camera Obscura. with the device mentioned in ancient Chinese texts, with similar processes described by the ancient Greeks and later Arab scholar Ibn Al-Haytham. However, the Camera Obscura doesn't take (or keep) a picture, it merely projects an image. The camera began as a concept in Germany, was realised in France, developed in England and perfected in America with large contributions to photography and film technology made by American company KODAK. KODAK engineer Steven Sasson would go on to create the first digital camera in 1975. It's hard to imagine a world in which the camera doesn't exist. 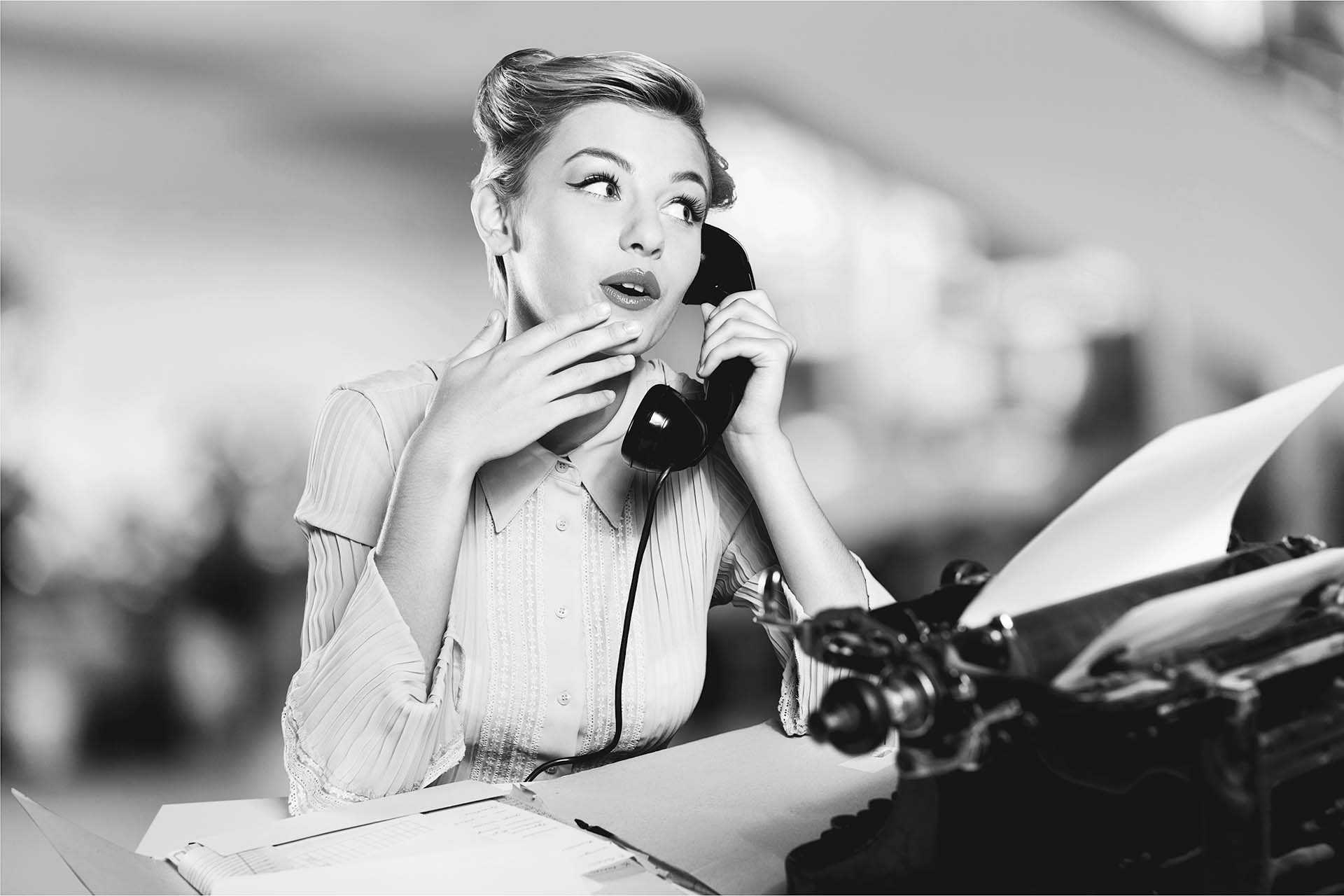 The phone, like the camera, is a piece of technology that has gone from large and unwieldy to small enough to fit in our pocket and carry with us everywhere. Arguably, one of the most influential inventions in human history, the phone, has defined how we communicate. Phones started their life in the 1870s when Alexander Graham Bell invented the first telephone, followed by his lesser-known photophone. From here the phone would undergo many changes at the hands of many innovators, engineers and scientists. By the mid 20th century, the landline phone was being used to make long-distance phone calls with cables miles long laid down between nations to make international calls. In the 70s the first 'cell' phone was made but it took a year to charge and only had 30 minutes of talk time. Motorolla changed the game with its release of what could be recognised as the first truly commercial mobile phone in 1983. Amazingly the first touchscreen 'smartphone' was commercially available in 1993 from IBM. By 2010 the smartphone as we know it was well and truly proven and continues to develop to this day. Phones have gone from a simple yet revolutionary way to communicate long distances to miniature computers capable of much much more. 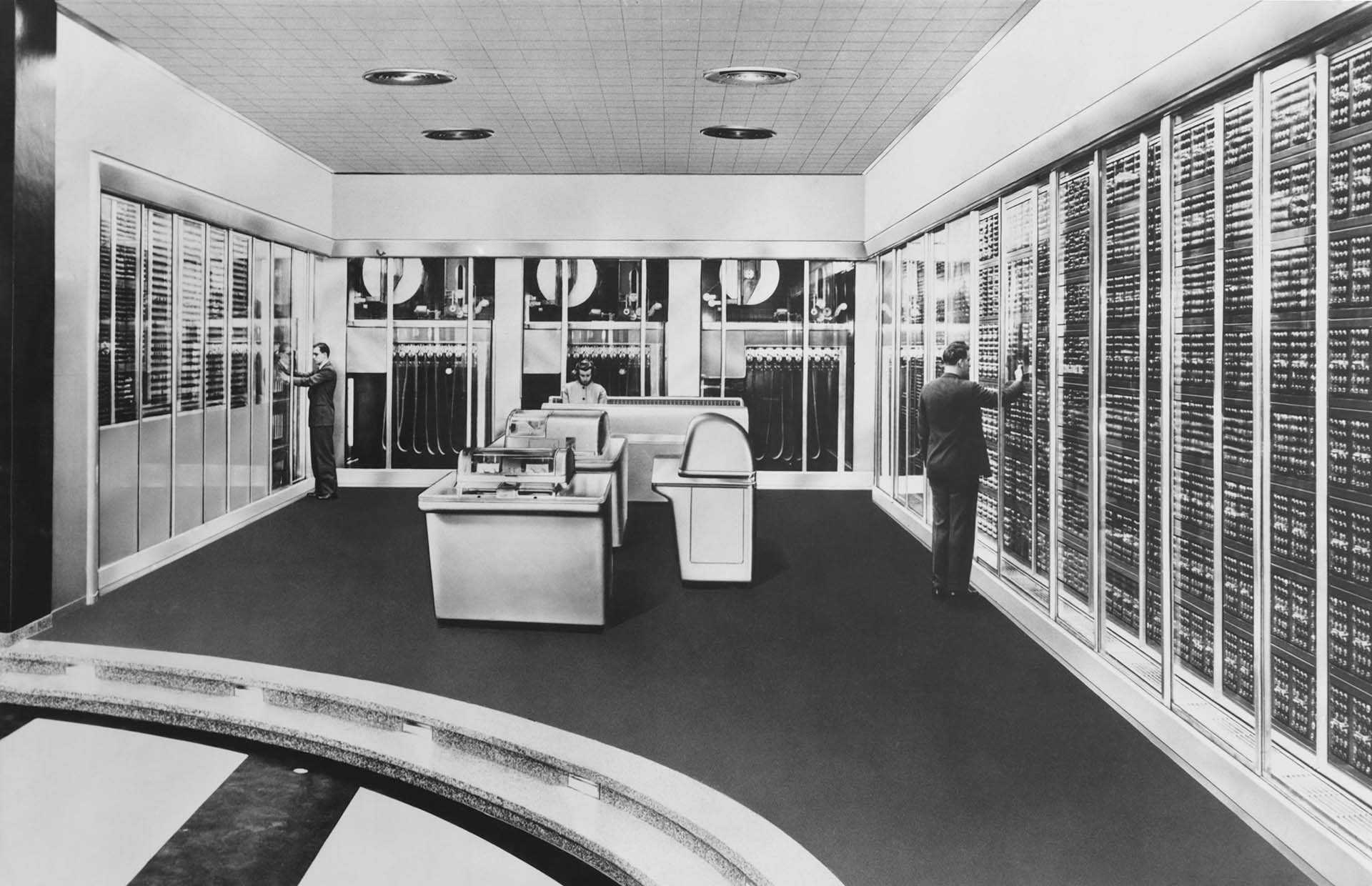 Truly one of the most important inventions in human history, the computer, is an era-defining creation bringing humans into the technological age. Computers, like many inventions, is the accumulation of many different innovators, but most people agree the origin of the modern computer began in 1822 with Charles Babbage's 'difference engine', Babbage worked alongside Ada Lovelace, who is famously known as the first computer programmer. Charle's work would be completed by his youngest son Henry in 1910. With the first 'general-purpose computer' finished, the flood gates had opened and invigorated the minds of a generation. The computers of the early 20th century bear little resemblance to those of today, you may not even recognise them as computers. However, without early computers such as the Turing Machine, the Colossus and, the ABC, we wouldn't have the foundations of the modern computer. Towards the end of the 20th century less than 90 years after the first computers' creation, we would start to see the formation of global heavyweights in the technology sector such as Apple, Intel, Hewlett Packard and Toshiba.

Computers have changed the course of humanity and as they continue to develop, for better or worse, are becoming increasingly integral to our daily lives. 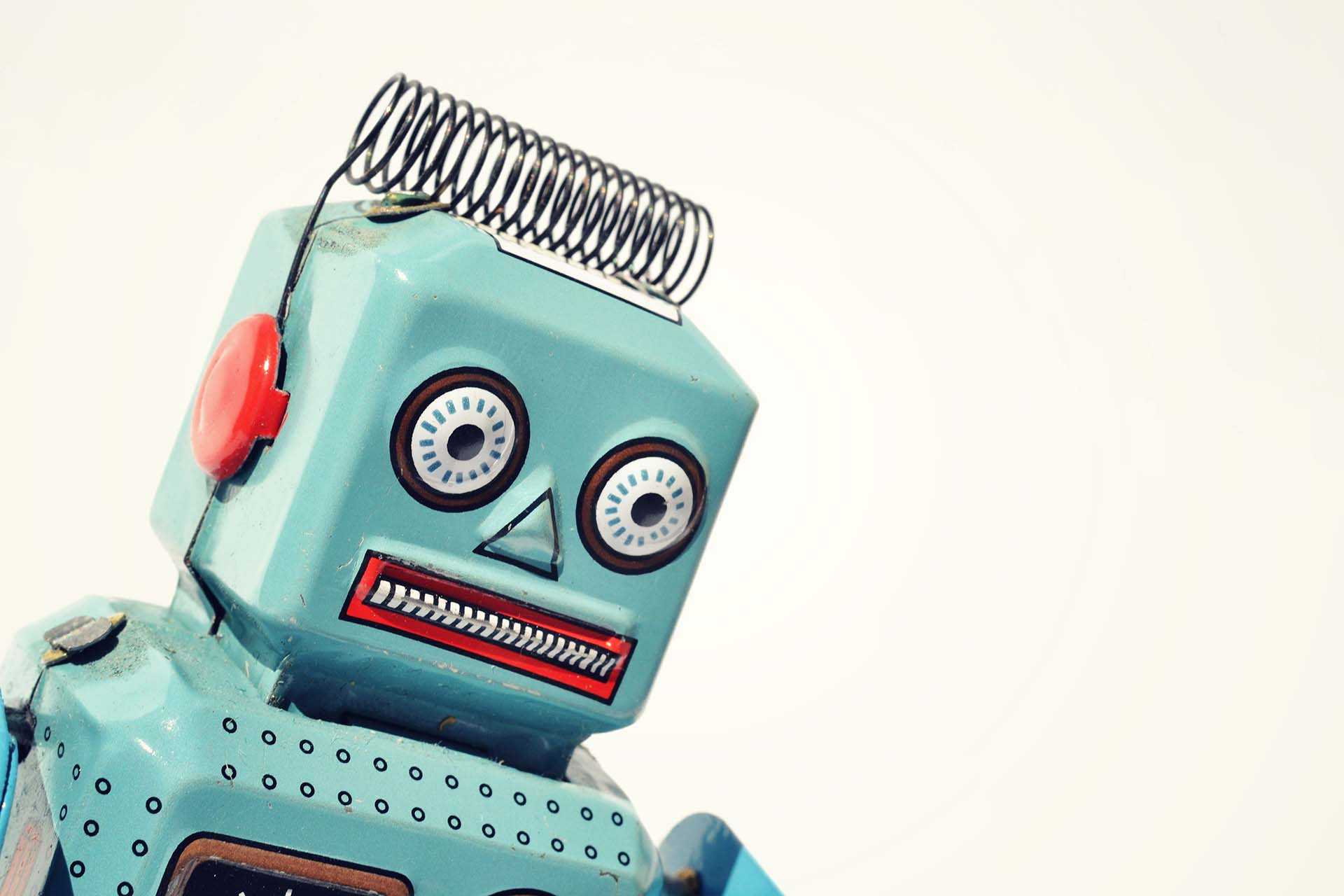 Once the realm of sci-fi, and gladiatorial combat, robots have grown in complexity and function over the course of a few decades. What may seem a relatively new invention started its story in the 1950s when the world was introduced to the 'Unimate' the world's first manufacturing robot arm. The Unimate was deployed in the factories of General Motors, a US-based car manufacturer, where a production line of these robotic arms could produce 110 vehicles per hour! From here it was a race to achieve the sci-fi dream of bipedal walking talking humanoid robots, but we were still a long way off. Robots began to see much success in factories, with further applications developed in healthcare. By the 1980s we had robot arms to help those living with disabilities, improved manufacturing arms and self-navigating carts capable of object detection. Today robots play a large part in the modern consumers' life, albeit behind the scenes, whether it be manufacturing, cleaning, pharmaceutical or scientific research. Robots have been deployed for military use and used in medical treatments. With each passing year, we move closer to realising the sci-fi dreams of authors and creatives such as Karel Capek, Fritz Lang, and Isaac Asimo.

Swindon has a history of technology and innovation, with large tech powerhouses such as Catalent, Intel and Zimmer Biotech - Swindon is positioned to be a driving force in the technology of tomorrow. Our own North Star Campus has been a technical training provider for over 50 years - and due to the campus's heritage, it was the perfect location for the new Swindon and Wiltshire Institute of Technology (IoT). The IoT will be the HUB for future talent in Swindon and Wiltshire; with our learners having access to film and sound studios, the FESTO suite that houses manufacturing robots, fabrication machines, science labs and computer labs. Our courses, developed in partnership with employers at the cutting edge of their industries, are helping to build the workforce of tomorrow, armed with the essential skills for an increasingly digital and tech-driven world.

We are looking forward to the future and are excited to be part of Swindon's growing and continuing commitment to technology. Inspired? want to be part of the IoT - Apply or get in touch to learn more here: bit.ly/3O7SBMc