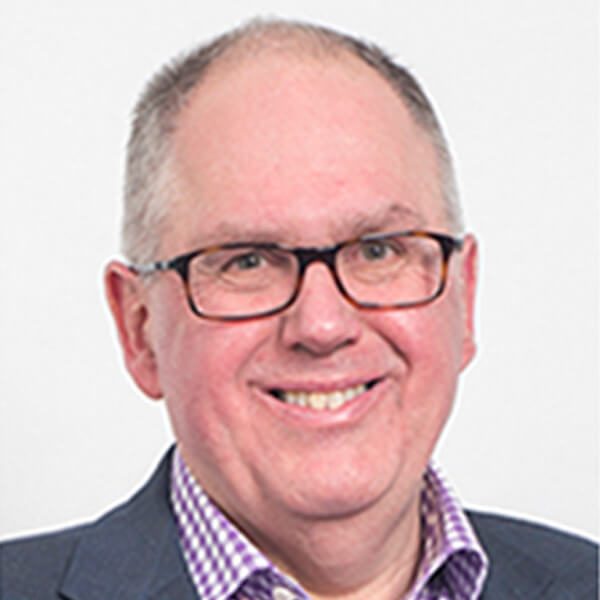 Since 2014 John has worked for Swindon based UK Shared Business Services Limited, currently as Strategy Director. After an early career in banking, John spent 20 years in senior HR roles for HSBC Bank plc. After leaving HSBC, John has been HR Director of Vaultex UK Ltd, an outsourced supplier of cash management services, and of the 140 hotel group Millennium & Copthorne plc. He is a graduate of Loughborough University (BSc, Banking & Finance) and a Fellow of the Chartered Institute of Personnel and Development. 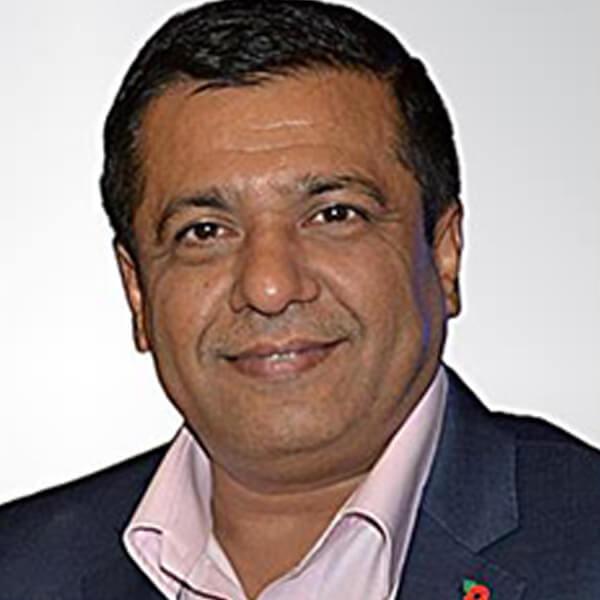 Pradeep is also a trustee of Prospect Hospice, Ellendune Hall Trust and Swindon Hindu Temple. Awarded “Pride of Swindon 2018”, Pradeep is also a Parish Councillor in Wroughton, a Rotarian and a Social commentator. With a global outlook, having travelled extensively to well over 50 countries and lived in 5 countries, he established the first Hindu Temple & Cultural Centre in Wiltshire for over 10,000 Hindu population in the region. He considers himself a Community champion for the cause of Equality and Diversity, to bring people together and harness their collective power for a bigger vision towards a fair society which promotes harmony and enhances lives. 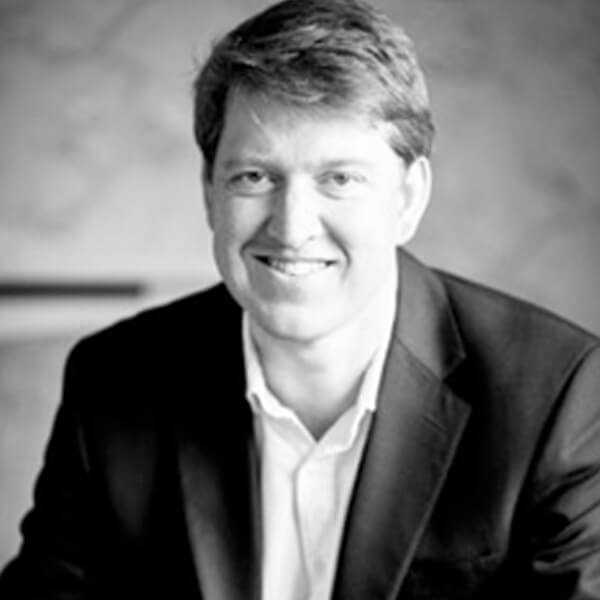 Peter has worked for over 25 years in commercial roles for firms including GSK, Kraft, Unilever and Vodafone. He has recently joined local IT and Telecom firm Excalibur as CEO and is a passionate advocate of building young talent in Swindon. 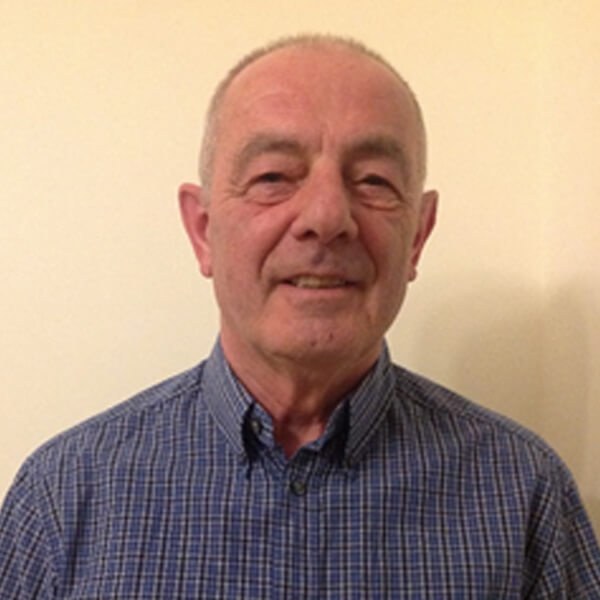 Dennis has lived in Swindon for 12 years. Prior to retiring he worked in the health service for nearly 40 years, managing Estates and Facilities functions for both commissioning and provider organisations during his career. After retiring as a Director of Estates and Facilities he formed a limited company providing consultancy and interim management to the NHS and affiliated organisations, working in Cornwall, Wiltshire and North Somerset. 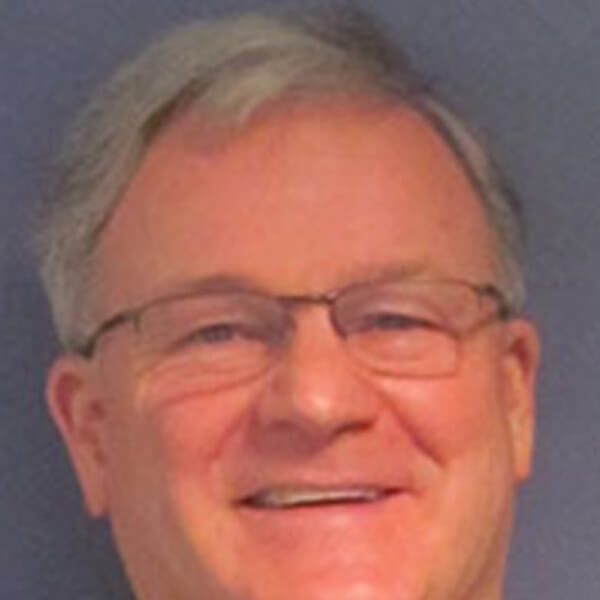 Simon is married with a grown-up daughter and has lived in Highworth since 1984, when he moved from Kent to work at what was then Raychem.

Since then, he has had a varied work experience, spending time in most supply chain functions before moving into IT in the late 1990's. He is an experienced SAP Project implementation consultant, Business Analyst and operational supply chain manager with expertise gained in major US, European and UK businesses. He has acquired management experience in procurement, warehousing and distribution functions. Simon recently retired from Patheon in Swindon, helping them go through a global SAP upgrade. 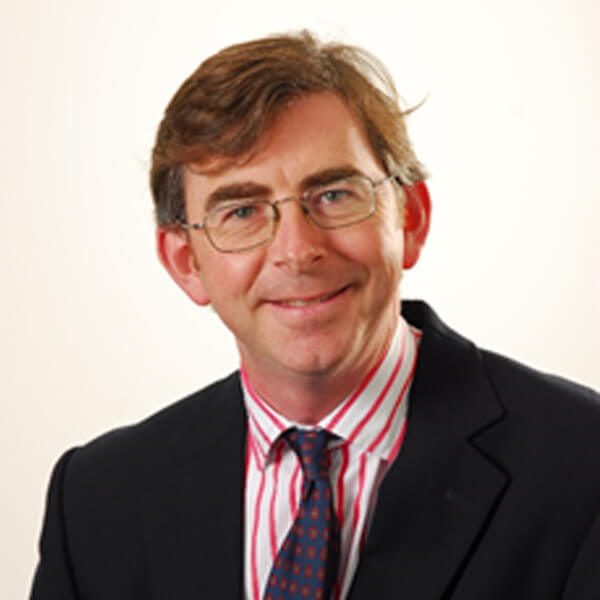 John has lived in North Wiltshire for 16 years with his wife and three children. A graduate of Bristol University, he works as a Finance Director for small and medium businesses. He has many years of financial management experience, gathered from small, medium and large businesses. These include major international blue chip companies Whitbread and Sony Music, where he held a variety of roles over a ten year period, including European Finance Director. This was followed by CFO roles at two early stage technology businesses. John is a Fellow of the Chartered Institute of Management. 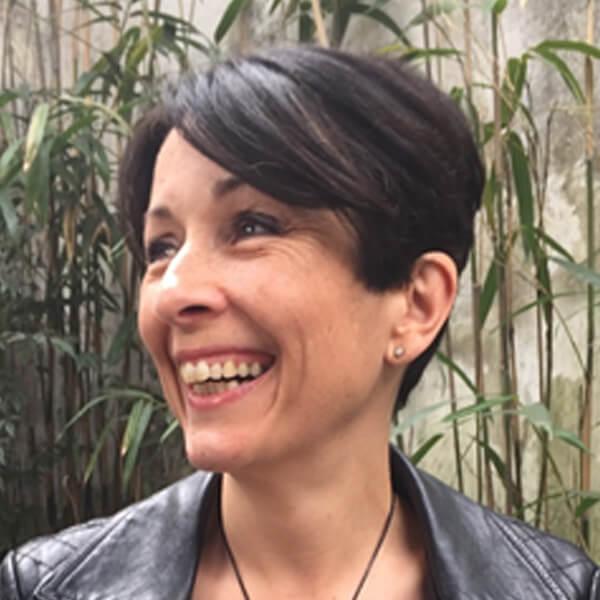 Emma Jarman is Managing Director at Imagine Coach-Mentoring and Consultancy Ltd., working across the public, private and third sectors. Emma is a musician and teacher by background, having worked in the further education sector for almost 30 years. With over 10 years’ experience as a consultant, trainer and additional inspector for Ofsted, she has also been in executive curriculum and quality roles in multimillion pound colleges for the last 9 years. Recent professional development includes training as an executive coach-mentor with the Oxford School of Coaching and Mentoring and completion of an executive leadership programme at the Saïd Business School at the University of Oxford. Emma has previous board experience in the schools sector. 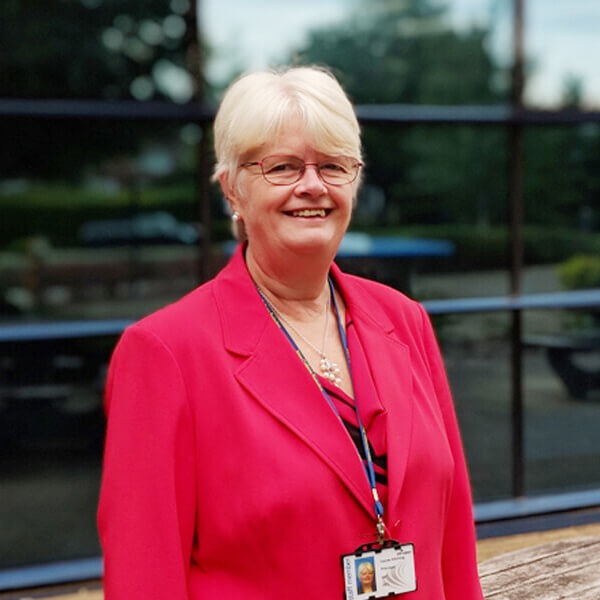 Carole is a highly experienced senior leader in Further and Higher education and has been a Principal for over ten years. A graduate of St Andrew’s University, she initially trained as an English and Drama teacher before teaching in Greece for ten years where she set up and ran her own English language school. She is passionate about the opportunities colleges offer both young people and adults. She is also committed to ensuring that the college works in partnership with employers and other local stakeholders to meet skills gaps and be a force for driving social mobility. 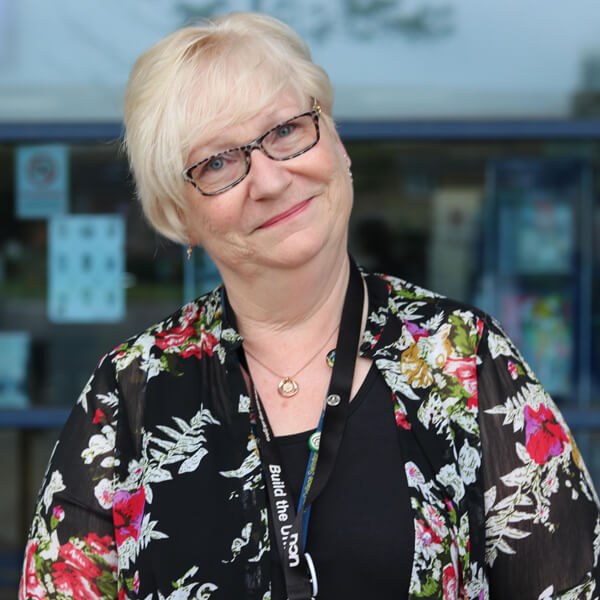 She is presently teaching English across GCSE and Functional Skills to a broad range of students, from Pre 16 to adults. Monica also has a background of delivering Teacher Training.

Monica is obsessed with Stephen King and only reads other books while waiting for a new book to be published. She has a reputation throughout the college for being the ‘Cupcake Queen’. She also enjoys sewing and travelling. 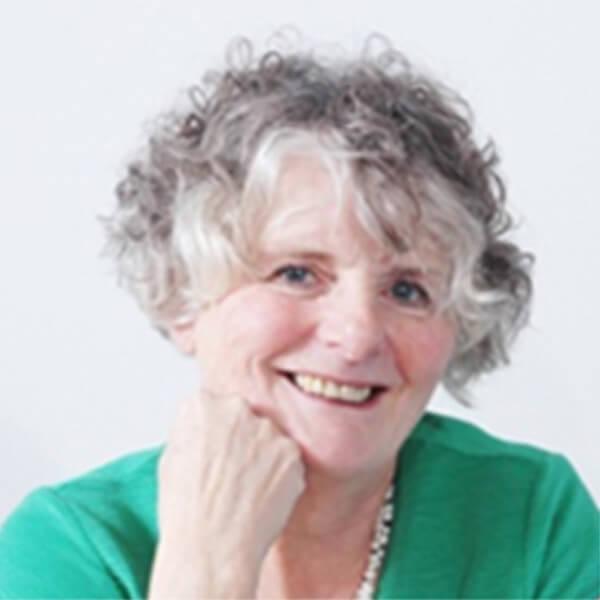 In her working life Charlotte was a Learning and Development specialist offering communication skills training, in particular, business writing and report writing. Charlotte has lived in the Swindon area for the past 30 years and before becoming self-employed set up and ran the Centre for Professional Development for Great Western Enterprise for 11 years.

Charlotte was a Chartered Fellow of the Chartered Institute of Professional Development and a CIPD Council member and formerly Chair of the CIPD Swindon and North Wiltshire branch for several years . She is a member of Rotary and is the Rotary District Equality and Diversity Officer. Charlotte has written several Useful Guides covering Mentoring, Public Speaking, Report Writing and Communicating Effectively published by British Learning Foundation as well as being author of the popular ‘How to Give the Perfect Wedding Speech’. 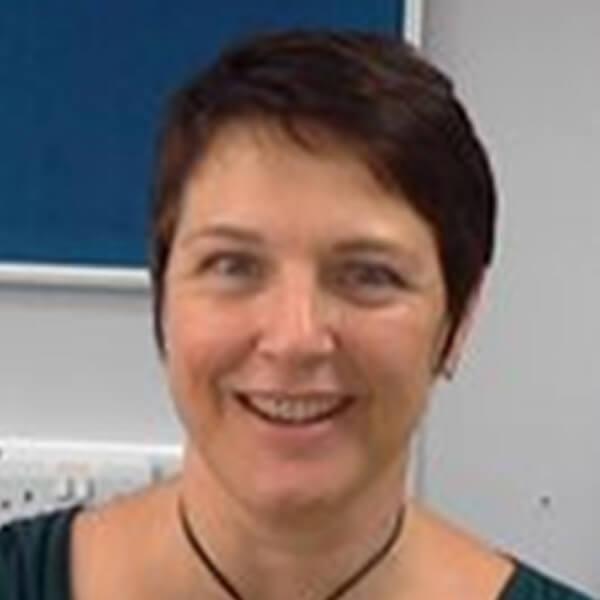 Kathy joined the Governing Body in June 2017 and is Chair of the Audit Committee. A qualified Chartered Accountant, Kathy has held a variety of finance and audit related roles across her career. Her current position is Audit Director at Nationwide Building Society in Swindon. 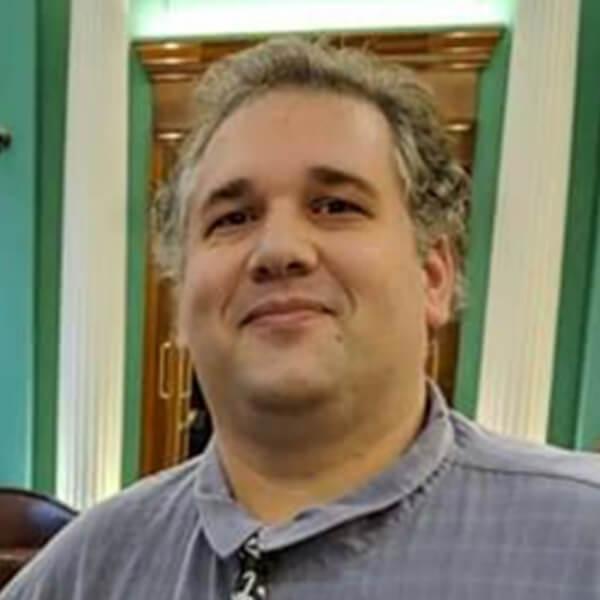 David has been working at North Star campus for six and a half years and has delivered curriculum across the Health and Social Care course from level one to five. He is a nurse by profession and came into education to make a change in quality of care within the workforce. He now leads on a Foundation Degree in partnership with Oxford Brookes University and also leads the Higher Apprenticeship Assistant Practitioner (Health). He enjoys his work in education and making a difference in the sector. This has led to him being more interested in the governing body of our college and when the opportunity arose he applied and was successful to be a Staff governor. He is looking forward to the development of the college now we have merged and the commencement of the Institute of Technology. 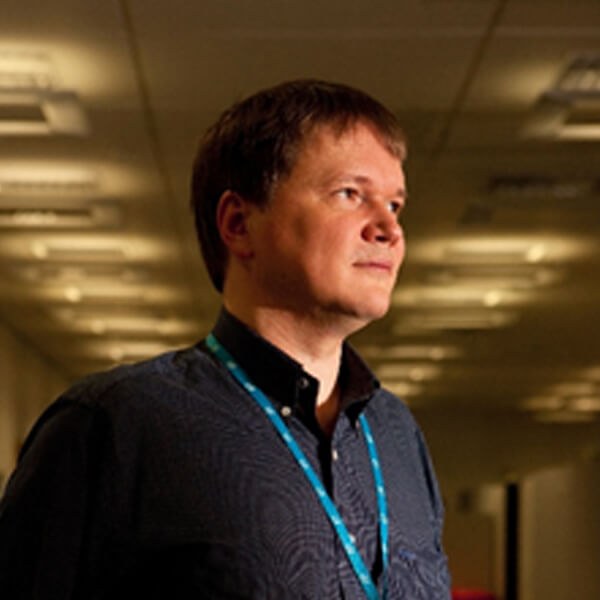 Alexey is Chair of the Audit Committee. He received his Master's degree in Information Technology from a leading Russian university and his MBA from the University of Bath School of Management, graduating with Merit in 2012. Throughout his career Alexey has held many varying positions, primarily in Procurement and Internal Audit. He is a member of the Chartered Institute of Purchasing and Supply (MCIPS) and the Institute of Internal Auditors (CIA, CRMA and Chair of IIA Chapter for Wales).

His current position is Senior Auditor at Seadrill Management, based in its London office. He is married and has one daughter. In his spare time, he likes running, listening to classical music and reading. 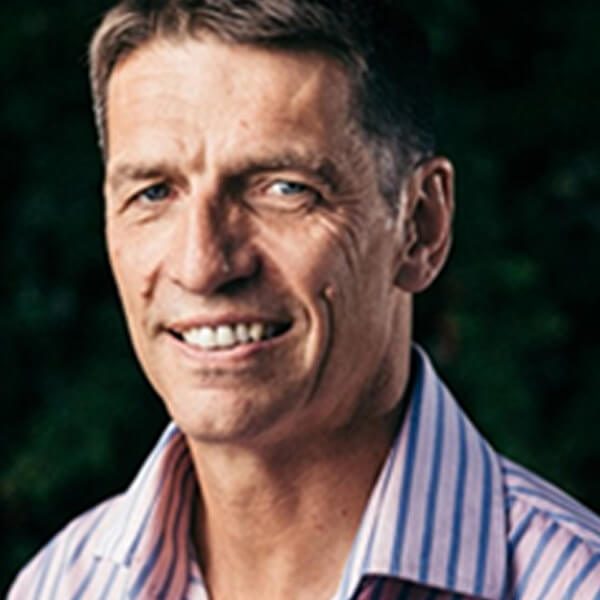 Tim Thurston has lived in Wanborough for 10 years, having moved from Norwich to Oxfordshire in 2000. Married with four children, two of whom attended the college, Tim had a 30 year career in publishing, where he has been managing director of five different business. These have included magazines, newspapers, radio and local TV stations. His most recent role was managing Archant’s county magazines, that included Cotswold Life.

During Tim’s career he has led and developed teams to achieve consistent success. He established a reputation for developing people and successfully managed several change programmes.

He has attended the Henley School of Management and Cranfield Business School.

Tim now runs a leadership and team development company, Team-I, whose programmes use the success of elite sport as its narrative, helping companies to embed the key elements of success into their business. He is also co-founder and a director of the Team Doctor a business that creates films to support employee wellbeing and engagement.

Tim plays tennis for Wanborough and is also a qualified football and cricket coach. 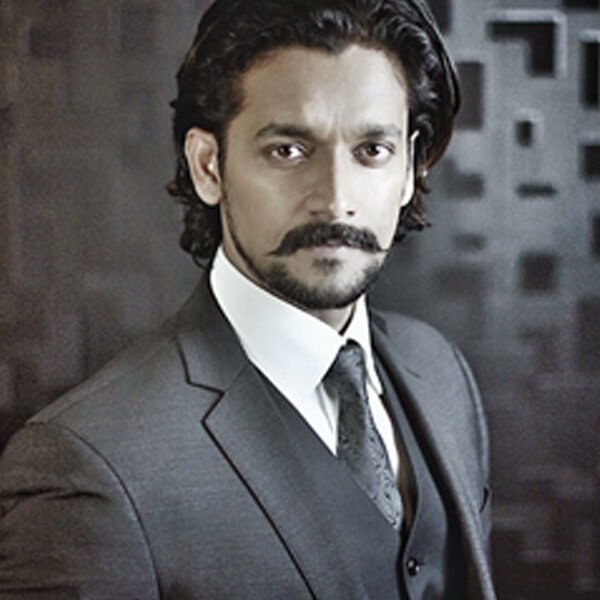 Keeran is the Managing Director of JERES, a management consultancy based in Swindon. JERES offers services in Business Excellence, Digital Transformation, Organisational Effectiveness and Agile Solutions to clients around the world.

Keeran is also a board member at the Swindon-Wiltshire Local Enterprise Partnership (SWLEP) and one of the Directors of Neitiv Ltd, a Swindon based beverage company currently in the process of innovating beverages from coconut and palm nectar. 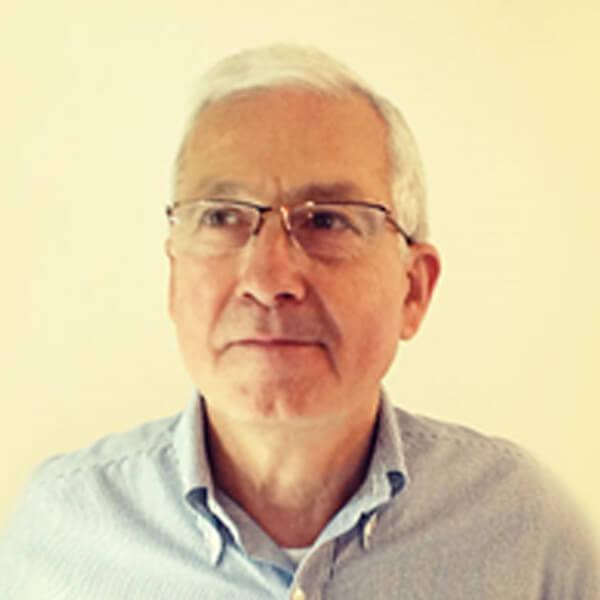 Jim has lived in the Swindon area since graduating from Leeds University in 1972 and has lived in Highworth since 1980 with his wife and family. He served as a Governor of Highworth Warneford School for eight years and is actively involved in a number of local community initiatives including Highworth Festival, WrdeUp Music Festival and SN-SIX Wheeled Sports.

Jim retired from Spectris plc, the London Stock Exchange listed instrumentation and controls company where he was a main board director for 21 years. He was responsible for six of the largest companies in the Spectris Group as well as the Asia Pacific and Latin America corporate teams. Prior to joining Spectris, Jim held a number of senior management positions in the Electronics Division of Raychem Corporation, the California-based materials science company whose European HQ was in Swindon. During his career, Jim has been responsible for the functions of international sales and marketing, product management, manufacturing operations, finance and general management. 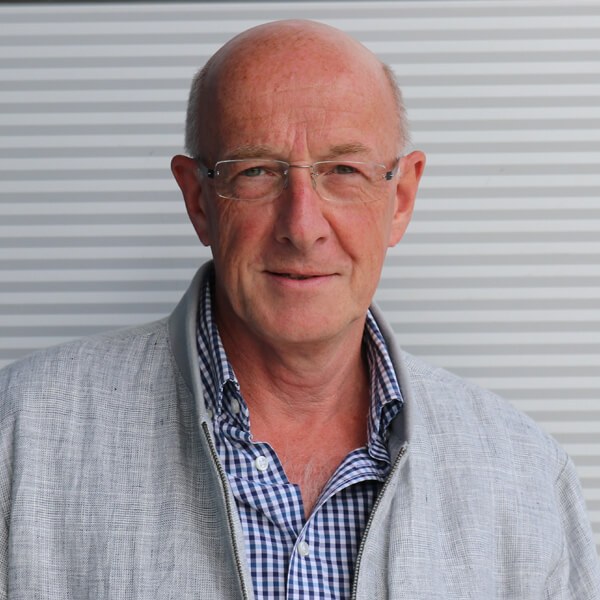 Martin was appointed Chair of the Board of Governors of the New College Swindon Corporation when the two former colleges in Swindon merged in August 2020.

In 2010, he retired from the Civil Service where he worked for the Department for Business, Innovation and Skills, leading on enterprise, entrepreneurship and small business policy. Since retiring, he has pursued several voluntary roles in charities.

For ten years, he was a Trustee and then Chair of the Board of Trustees of UnLtd, the £100m Lottery-endowed charitable foundation that supports social entrepreneurs and he was the Independent Non-Executive Director of the Institute for Family Businesses Research Foundation.

Martin is a dynamic, strategic leader who has taken both small and large organisations through a variety of different change situations – start-up, managing rapid growth, mergers, turn-around and cost cutting. Committed to making a difference to people’s lives, he has managed a diverse career, firstly, in marketing at EMI Records then starting and growing his own pop video production company in London and Los Angeles. In 1994, he completed his MBA at Henley and pursued a career advising entrepreneurs and small businesses before being head-hunted into Government in 2002. He brings valuable insights and new thinking to the organisations with which he works.

Martin is married, lives in Swindon and balances his voluntary work with a long-standing passion for Manchester United and playing golf.